This is shaping up to be an Emma Stone-heavy news week. First we had her US Vogue cover, now it’s New York magazine’s latest issue and there’s still more to come. I can’t complain though — I’m a huge Emma Stone fan so am happy she’s having a moment. For her New York cover Emma poses with a mouthful of cotton candy to promote The Amazing Spider-Man. 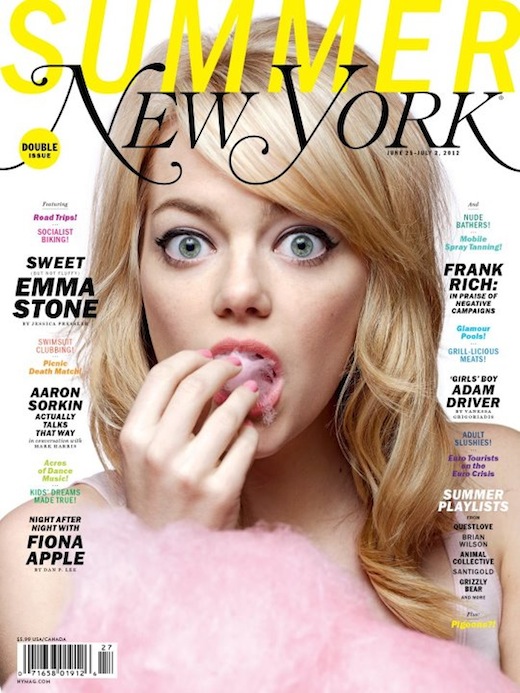 The New York magazine interview is a must-read, as Emma is as charming and hilarious as ever. Especially when she talks about Jim Carrey publicly confessing his love for her via YouTube, explaining, “But I’ve always had like weird connections with men in their forties and fifties. I mean, not in a creepy way. I’ve never been attracted to them. But I have always become, like, pals with guys in that age group.”

See more from Emma Stone’s New York interview HERE. Are you a fan of her latest cover?